This September, winemaker Gianni Cantele shared the photo below on Facebook.

Those are French barriques, 225-liter oak casks, used for fermenting the winery’s flagship Teresa Manara Chardonnay. Check out the Facebook post where he also shared video of the wine as it begins to ferment.
As Gianni explains, some of the barriques are new while some of them have already been used for two or three vintages.

After fermentation is complete, he will blend the wine using all three “expressions” of the vintage — from new, 2-year, and 3-year casks.

A few years ago, we published this post on Gianni’s approach to cask fermentation and aging.

He doesn’t use oak as a tool to impart oaky flavors to the wine. He uses it to micro-oxygenate the wine as it ferments and ages, making for richer and more complex aromas and flavors.

This year marks the 20th anniversary of the winery’s Teresa Manara Chardonnay. When Gianni’s father first made this wine, he became a pioneer of Pugliese white wine production. Today, it is considered a benchmark not just for Pugliese whites but for Italian whites in general.

Gianni and the Cantele family had a great harvest this year and they are expecting this vintage to be one of their best in recent memory.

The wine is named Teresa Manara after the grandmother to the current generation of Cantele. Inspired by the beauty of the Salento peninsula, she was the one who convinced her husband to relocate in the south from northern Italy in the years that followed the second world war. The rest is history… 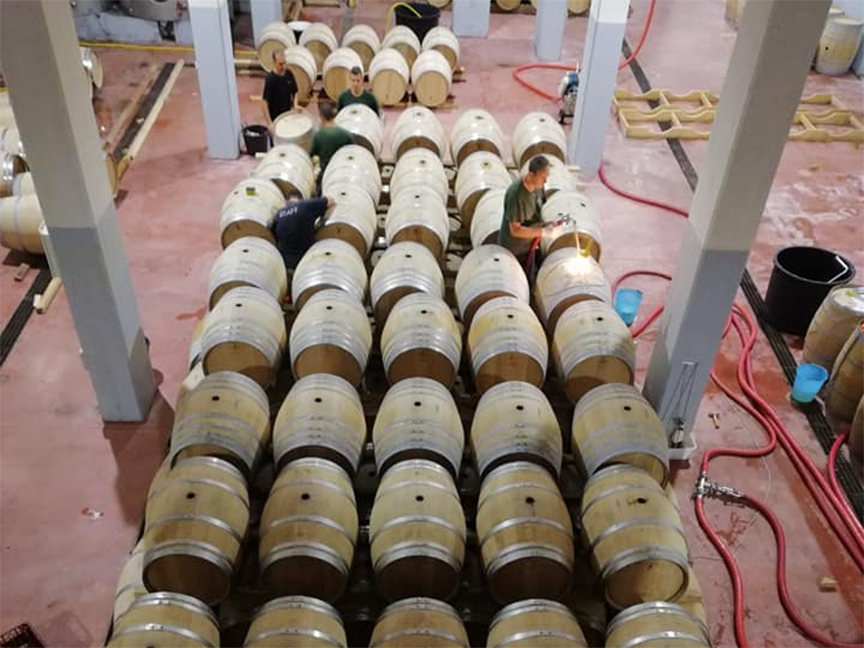